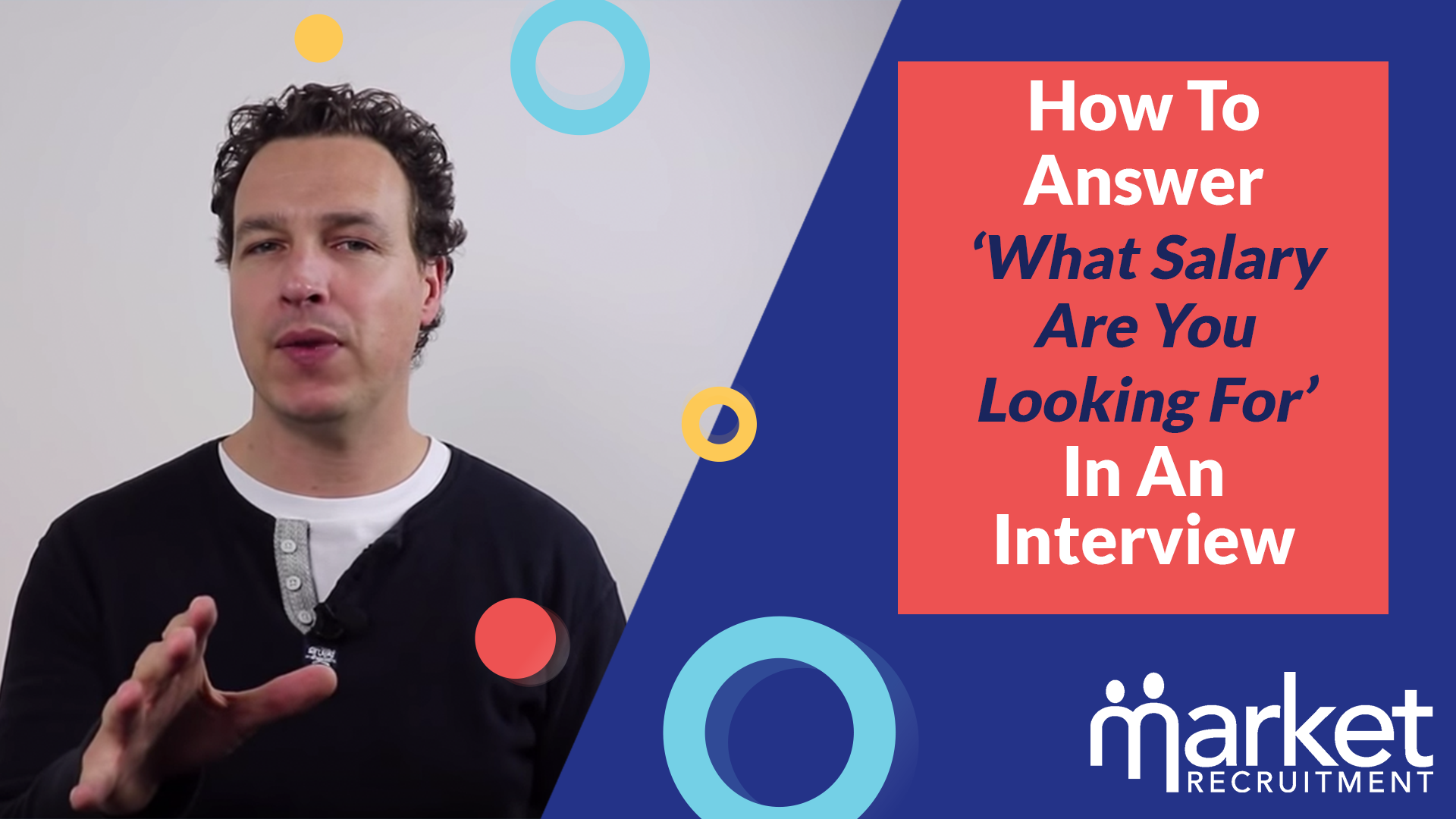 How to answer, ‘What salary are you looking for?’, without selling yourself short or jeopardising your job offer

When to start negotiating your salary

If I was to ask 100 people, at what point do you start negotiating on a new job offer. Then most people would say it was right at the end of a recruitment process.

But the reality is, is that it’s much much earlier than that.

And when I say earlier it’s probably as soon as you meet the person who’s interviewing you.

Because everything you say and do during the interview process will define what a company thinks you’re worth.

Yet there’s one point in an interview process which can be make or break on the salary front. And can even jeopardise you getting the job in the first place.

And that’s when someone asks you this question.

Because your answer to this question is crucial.

Too high and you’ve lost the job, too low and you’ve sold yourself short.

So in this video, I’m going to give you a simple way to answer this question so you neither jeopardise losing the job or selling yourself short again.

Hello, if you’re here for the first time, I’m Matt Dodgson and I’m a Co-Founder of Market Recruitment.

And we help B2B marketers accelerate their careers, whether you’re looking for a new marketing job or looking to hire into your marketing team.

And while you’re here I’d recommend hitting the Subscribe button followed by the bell so you’re notified when our next video lands.

Right, back to the question.

And before we get to that I want to talk about the 2 traps people fall into.

One, they say they want a really high salary.

Now this strategy in many ways makes a lot of sense.

Basically go high and negotiate down from there if you have to. Because the salary you start at will dictate your salary going forward. So let’s try and get a really high one to start off with.

Because what if it is too high?

And that’s where the problem starts. Because most companies will simply move onto the next candidate.

Well, it makes them nervous that you’ll jump as soon as you get offered a higher salary.

And then when you say you’d accept less, you just look weak or desperate.

Or, the second trap, is you go low. And then when they come around to offering you the job, they offer you what you said you wanted and then you have the awkward conversation.

You know I said I wanted 50 grand. Well…I didn’t really mean it because I wouldn’t accept less than 60.

And of course it wasn’t intentional. It was just in the heat of the moment, you just came out with a figure. But the problem is, is that you appear to be moving the goalposts.

And nobody wants someone on their team who says one thing and actually means another.

And let’s not forget. Who doesn’t want a higher salary anyway. The world is an expensive place.

Too low and you lose out.

Now some people might say, Matt that’s all when and good.

But are you saying to me that salaries are never negotiated?

And my answer to that would be ‘yes’. Salary negotiations do happen.

But often a salary negotiation can leave a bad taste in people’s mouths.

And as if the case with most negotiations, you have to be prepared to lose what you’re negotiating for.

However, what I’m aiming for with this video is to give you a strategy so that the initial offer you get blows your socks of. Or is at least a decent and fair offer.

So that’s why it’s not easy.

Now some people might say, don’t give them a figure. Just say you’re looking for what the job is paying.

Or, deflect the question and ask them what the role is paying.

But all you’ll do is end up being too defensive. And you really want to be as cooperative as possible in an interview.

So, how should you answer this interview question?

And I’ll read how I think you should answer it and then explain to you why I think that.

So Matt, what salary are you looking for?

Ok, well salary is important, but it’s not the most important thing for me right now.

The most important thing is finding a great company where I can make a real difference to their success.

But money does play a part, so coming back to your question The recruiters I’ve been talking to about roles have been putting me forward to jobs in the £45-55k bracket. And I feel comfortable with that.

Now, it may seem simple but there’s some subtle persuasion going on here.

The strategy behind the interview answer

First of all this bit. Ok, well salary is important, but it’s not the most important thing for me right now.

Because this is a good personal quality to have. And it’s probably true as well. It shows that doing great work is more valuable to you than money alone. It shows maturity.

The second bit. The most important thing is finding a great company where I can make a real difference to their success.

This positions you as someone who truly cares about their output. Because you’re already talking about making an impact in the job.

Then this last bit.

The recruiters I’ve been talking to about marketing roles, have been putting me forward to jobs in the £45-55k bracket. And I feel comfortable with that.

Part of this then is sowing the seed that you’re quite active in the job market. If you’ve ever read Robert Caldini’s book about persuasion then you’ll know that scarcity is a universal principle of persuasion.

If more companies are interested in talking to you, then you become more scarce which leads to more people thinking, ‘god he or she must be good’.

And combined with that, they then feel they need to be as competitive as they can on that bracket to get you.

In effect you’re saying, ‘I’m a wanted person, and if you really want me, then you better come back with a bloody good offer’. Obviously in a much more subtle way.

And finally, and perhaps most importantly. give a salary bracket rather than tying yourself to a number.

That way it gives you some room for manoeuvre.

But just be sure to pick a range that isn’t too high. The range needs to fall around the job you’re interviewing for, and should really start at the very minimum you’d ever accept.

So in summary. This is definitely one of those questions you should prepare for. It doesn’t always come up but when it does it’s a really crucial one to answer well.

Get the salary bracket in mind, show some maturity and then create some scarcity. I’m confident it will lead to a higher salary.

And finally if you haven’t already, please subscribe to this channel and hit the bell so you get notified when our next video lands. 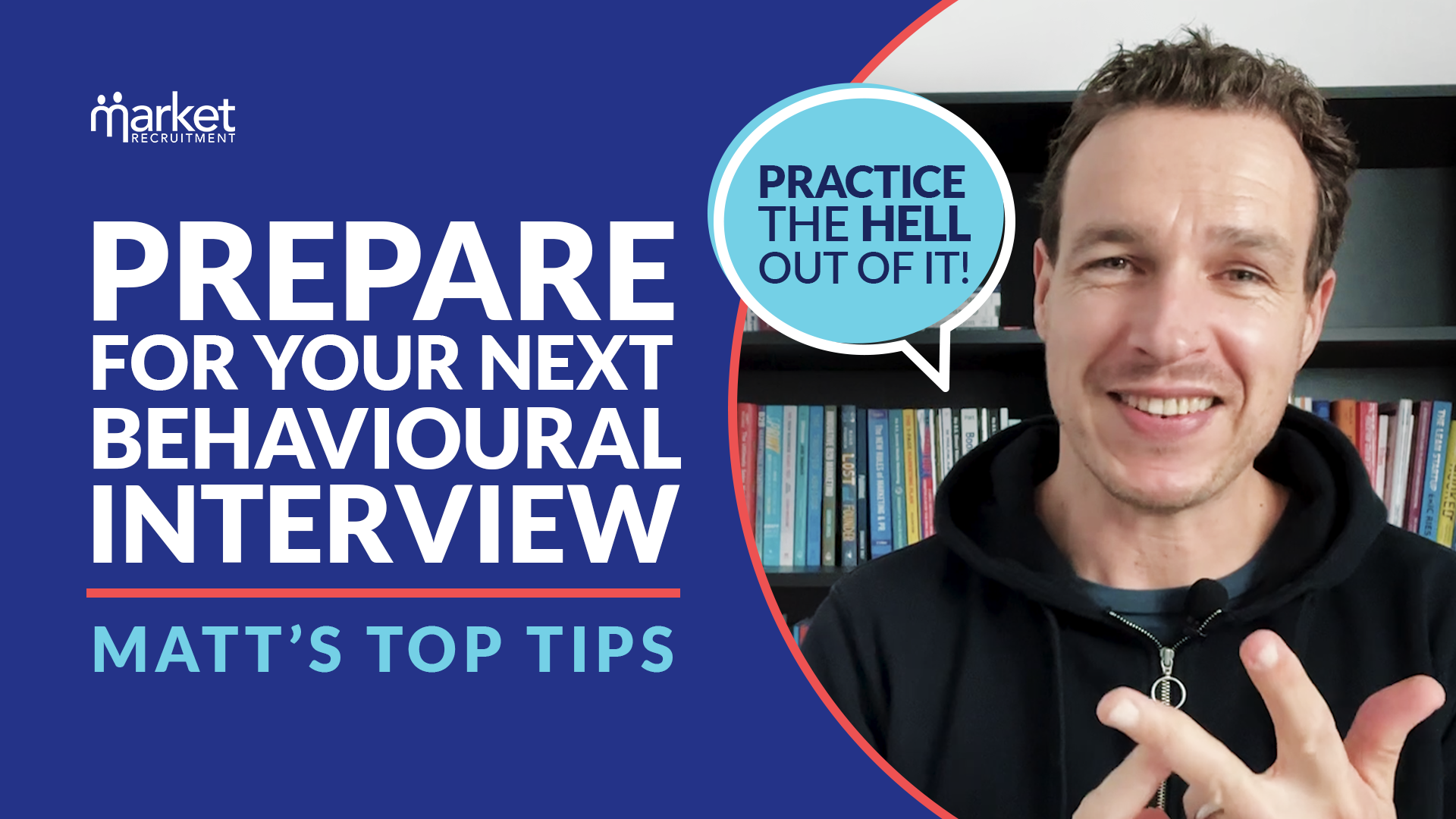 Dec 22, 2021
How Should You Prepare for a Behavioural Interview?

Without doubt, behavioural interviews can be some of the hardest interviews to have and prepare for. Because they can be very different to preparing for a typical interview. In most cases, you don’t know the behaviours they’re assessing you for… 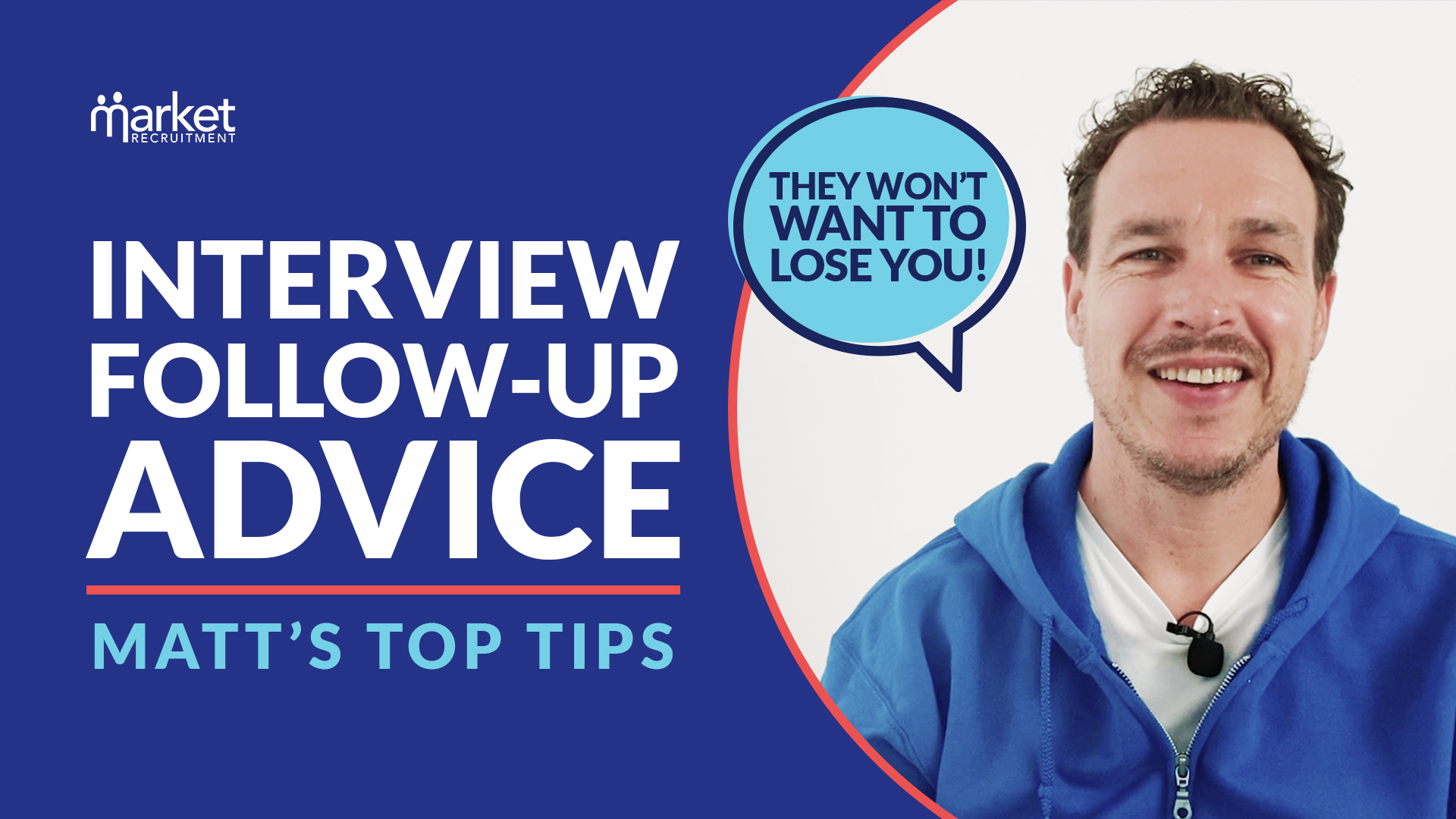 Oct 19, 2021
How Do You Follow Up After an Interview When You Haven’t Had Feedback?

﻿﻿     So you’ve had an interview and it’s been a few days and you haven’t heard back. What do you do? Well in this video I’m going to give you three ways to get interview feedback without annoying… 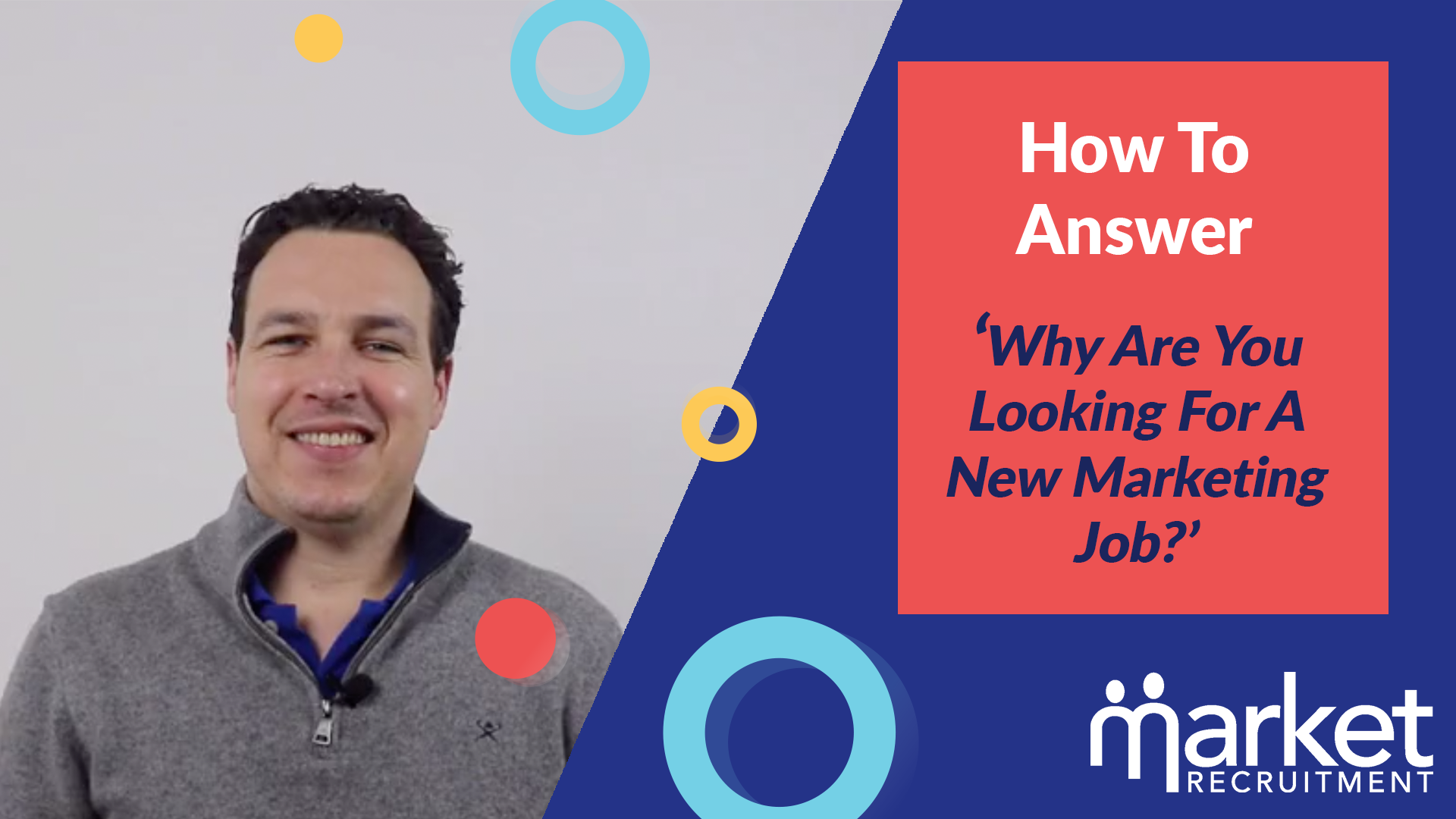 It may seem like an easy question to answer. But it’s a real banana skin. So in this video we explain how to answer it.