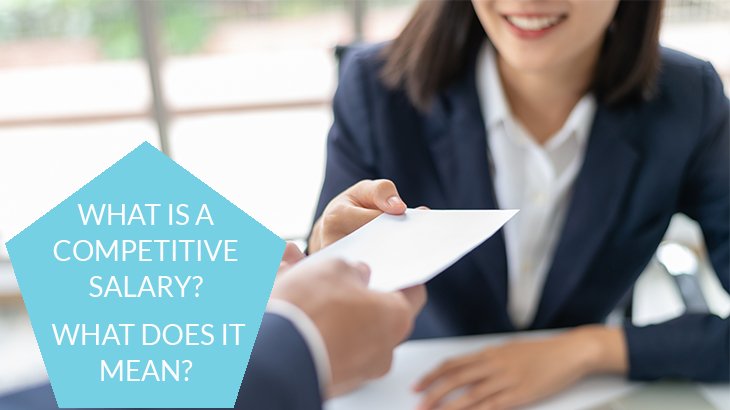 What is a Competitive Salary? What Does It Mean?

It’s fair to say that looking and applying for jobs is nobody’s favourite task. It’s hard enough finding the right job specification and the perfect company to work for, nevermind the right salary that you’re looking for – or any stated salary for that matter.

You finally find what seems to be the right workplace and overall job for you, only to be met by the dreaded words, “Salary: Competitive.” We understand the frustration and it seems as though every job advertisement. But what is a competitive salary? What does that mean?

Don’t worry if you’re not sure – you’re not the only one. This post will explain everything you need to know about what a competitive salary is and why lots of businesses use the term in their job advertisements.

What is a Competitive Salary?

Quite simply, when businesses state that they’ll offer a competitive salary on their job adverts, it means that they’re willing to offer an amount equal to the industry standard. Which, if candidates then do a bit of research they’ll be able to see what kind of money they’d be looking at if they pursue the vacant role and are successful.

Although you won’t find an exact figure, you’ll be able to ballpark your potential earnings. Obviously, rates will differ up and down the country. For example, the standard salary in London is bound to be higher than in the north, due to factors like more expensive cost of living and higher overall demand. 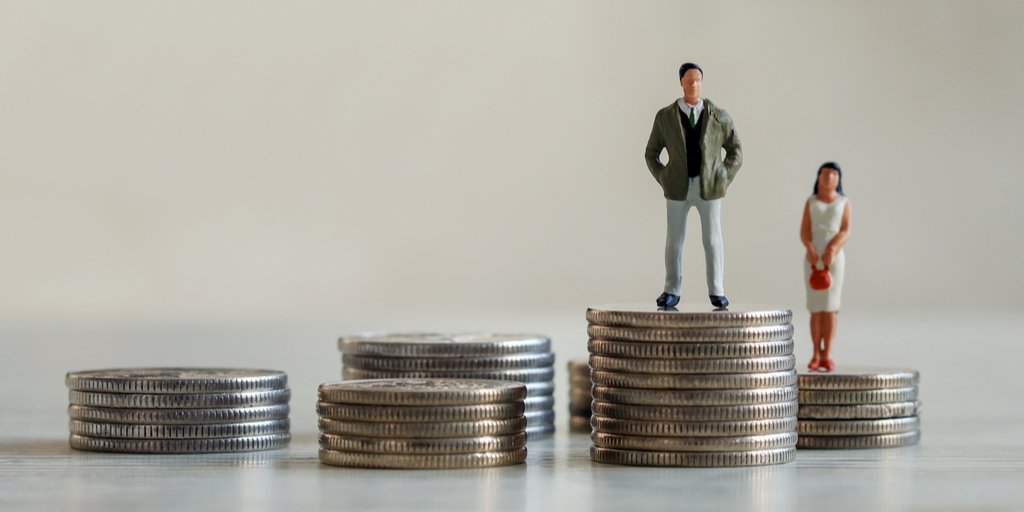 You should also bear in mind that your competitive salary may not just be referring to the monetary value included in your contract. Businesses offer their employees benefits packages too. Extra days off work, free gym memberships, health insurance discounts are all examples of what can be found in some benefits packages. They may offer a lower salary, but the benefits may be better, so it’s something definitely worth considering.

Why Do Businesses Use Competitive Salaries?

Businesses use competitive salaries for several reasons. Firstly, by not specifying a figure, it allows them room for negotiation. Companies usually negotiate on salaries down to candidate experience, skills they possess and what they can offer to the business. Plus, if they offer a set figure, it means that’s the minimum they have to grant – should a candidate be successful.

Negotiating a salary with the employee means that there’s input on both sides of the deal. Therefore, the relationship between employer and employee will be off on the right foot from the start. The employee will feel empowered that the employer cares about their specific wants and needs and is prepared to meet them, should they not be ridiculous, of course. 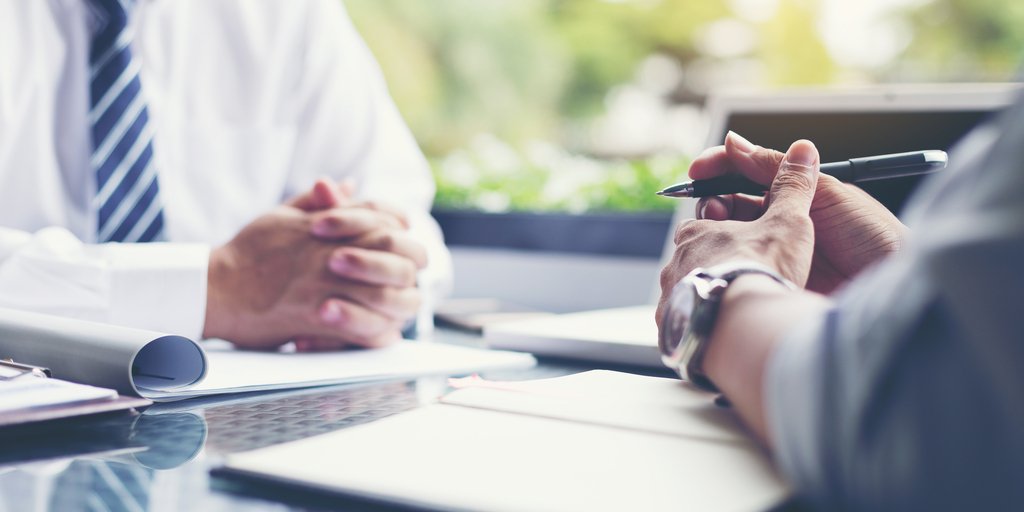 Secondly, salary information is often confidential. For this reason, it isn’t often discussed within the business due to their privacy policy, so they’re not going to publish it on their adverts for everybody to be able to see. Leaving it out of a job advertisement is a way of keeping it confidential for the new starter.

Finally, many employers will be keen to filter out which candidates are there for the money and which ones are there purely because they’re right for the job and are interested in working for the company. By not listing a salary, you automatically see who’s interested in the overall role when they apply – rather than just a lucrative salary and benefits package.

How to Figure Out What’s Competitive and What’s Not

When you’re looking for a job, you must have an ideal salary in mind. If you’re switching jobs, you may want an increase on your current salary and will be able to use that as a base for your expectations. However, if you’re not you should take a look at industry averages for your area.

You don’t want to sell yourself short and agree to a contract where you’re being massively underpaid for what you’re offering the business. Plus, if you go into an interview with a salary that you’d be happy with that’s far less than what the employer had in mind, the likelihood is that you’re going to end up with a wage closer to what you think.

Obviously, all businesses want to cut costs where they can and if you’re happy with a wage lower than what they’d forecasted they’re going to be over the moon. So, to make sure that what you’re expecting and being offered is fair, an easy way to check is using a salary checker. Or, if you’re applying for jobs through a recruitment company, they’ll be able to give advice on what’s a good offer and what’s not. 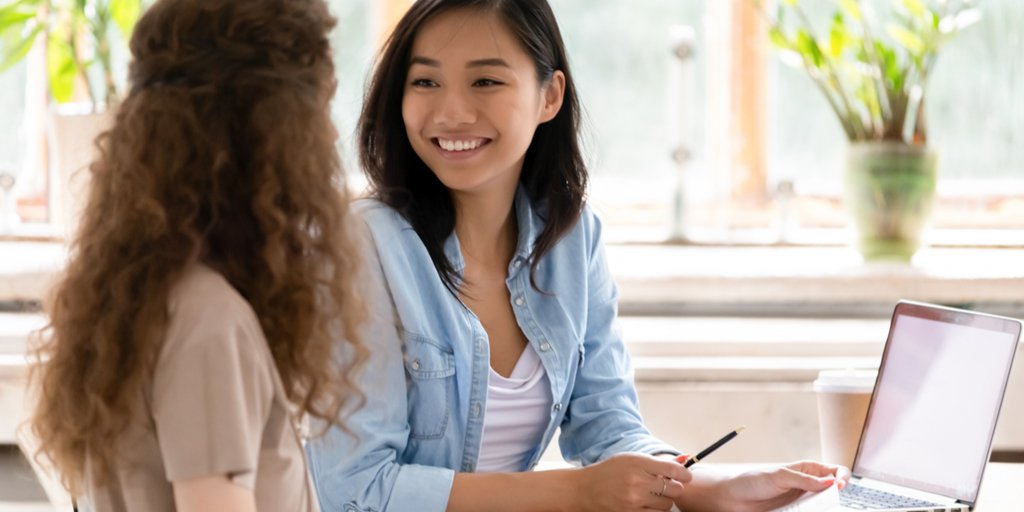 What Can Candidates Ask About Competitive Salaries?

We know the feeling, you want to make the best impression on your desired new workplace but don’t want to tarnish your interview by asking what salary you can expect. It can seem like dangerous territory but being open and honest with your potential employer is the best way to get a hopefully fruitful working relationship off the ground.

Unless you keep dropping salary talks into every part of the conversation – and we wouldn’t recommend doing that – there’s nothing to be scared of when asking about money. Your employer will understand that you’ve got bills to pay and regular outgoings to live, so it’s perfectly natural to want to know what wage you can expect to receive.

If you’re lucky, the employer will bring money talks up first and then you have your way in to work towards a great deal for both parties. But if they don’t, it’s all about gauging the interviewer’s engagement and mood to find the right time to bring up financial talk. Another option is to wait for a second interview – if there is one, that is.

One thing we would recommend is that you try and talk about the financial and benefits package before you invest too much of your time into the application. There’s no point putting everything into an application if they’re going to turn round and offer you a laughable amount, is there? There’s no harm in knowing where you stand, as long as you do it politely and professionally. 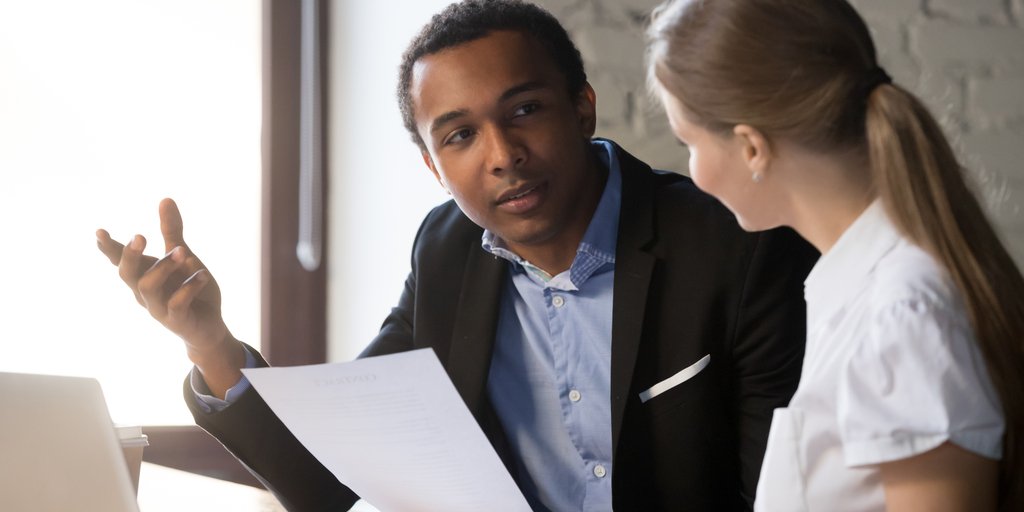 Competitive Salaries Can Still Be Lower Than What is Expected

Obviously, as businesses just list the salary as competitive, you have no real clue as to what you’re eventually going to receive. Sure, ballpark figures are all well and good, but it doesn’t mean that businesses have to stick to industry and geographical standards. So, there’s a possibility that the offer you get given may be a lesser amount than you’d accounted for.

If you get offered an amount that’s less than you want, it doesn’t mean that you should walk away from a potentially good opportunity for your career. Use what you’ve learnt from your research and make a case for yourself as to why you believe that you should receive the offer you’re proposing. 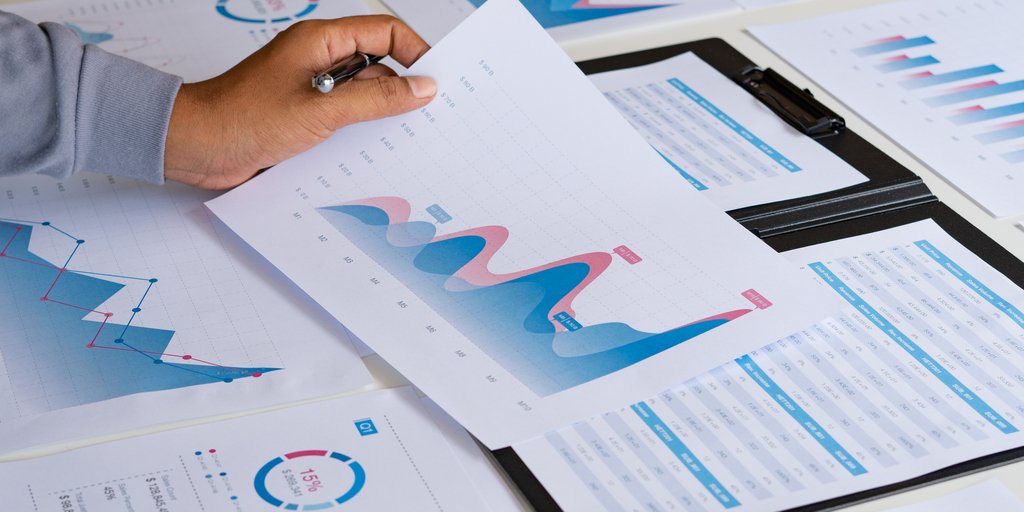 As long as you’re not rude, unprofessional or unrealistic, the employer shouldn’t look at you unfavourably at all. If anything, it’ll earn you a little more respect with the employer showing that you can hold your own and are confident in your abilities. Employers will usually allow a little room for negotiation, so don’t sell yourself short or accept an offer that’s not worth it at all.

Earn the Right Salary That You Deserve

Whether you’re moving from an old job or starting your career, nobody deserves to be underpaid. Not only is it under-appreciative of what you can bring to the table, but it’s massively unmotivating and increases the chances of job dissatisfaction. After all, everybody deserves to be able to have a good time after working hard all week, right?

Apr 1, 2022
The Complete Hiring Guide for Account Based Marketing Jobs (+ Expert Advice on How to Find the Right Fit)

In this complete hiring guide for account based marketing jobs, we’re going to talk you through everything you need to know to hire the very best ABM’ers, so you and your business can start reaping the benefits.

Content marketing is a role in extremely high demand right now, especially in the B2B space.  Having a content marketing strategy to drive your brand awareness and support your demand generation has become more important than ever, especially over the… 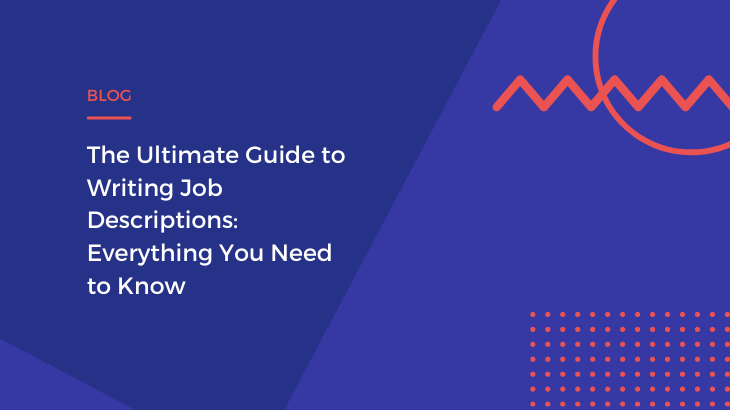 Mar 11, 2022
The Ultimate Guide to Writing Job Descriptions: Everything You Need to Know

Hiring always starts with creating a job description. And we’ve created the ultimate guide to help you get started