4 Big Company Marketing Fails & How to Avoid Them 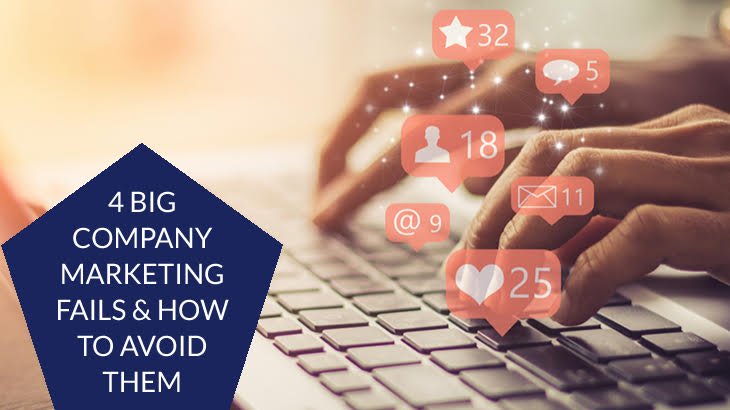 Marketing campaigns don’t always go as smoothly as planned – even for the bigger companies too.

There are many ways in which marketing campaigns can fail. Whether it be objectives not being met, previous figures in decline or your costs outweighing your revenue.

It’s good practice to reflect on past campaigns, whether successful or not, to pinpoint what you did well and what could’ve gone better.

But why do they fail? And are there any warning signs when they’re about to fail?

This post will outline how B2B technology companies can fail with their marketing efforts. Plus, it’ll feature all the signs to look out for so that you don’t land yourself in a similar position.

A lot of lessons in business are learned from failures or mistakes. You can’t fully appreciate the absolute highs until you’ve experienced what it’s like at the bottom of the pile. And vice versa.

This is where having an inexperienced team can cause issues to your overall marketing campaign.

Although an inexperienced team can bring a nice creative breath of fresh air, they’re unlikely to be in the know of what works and what doesn’t. This is vital knowledge when executing a marketing campaign, for obvious reasons.

If a team aren’t sure what works, then the chances are who they target, how it’s delivered and the overall campaign idea is likely to be incorrect.

More importantly, novice marketers aren’t going to know what it feels like to fail. Also what practices it takes to fail too.

Therefore, they could be embarking upon a campaign that has already failed in the past. Or, using practices and methods that have also proved to flop before. 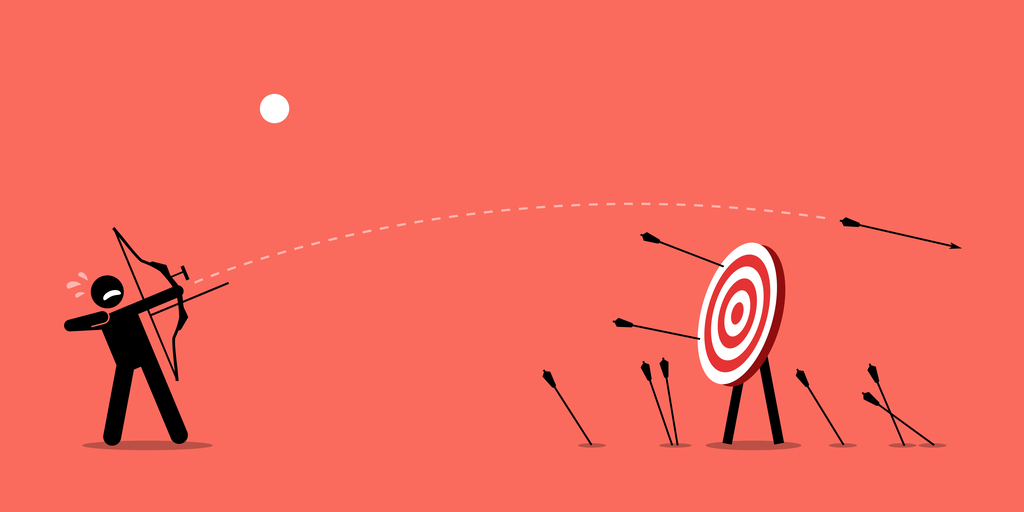 So, what’s the solution? Well, it’s as simple as you’d think.

Simply, don’t pack your team full with novice marketers. What you need is the right balance of novice and senior team members.

The senior members are there to give guidance from experience, organise everything so it runs to plan and mentor the younger members of the team. The development of junior marketers is a crucial part of future campaign success.

If you’re struggling to find senior marketers to fill your team, freelancing is a good way of getting employees for the right time period that you need them for.

At an attractive price point, freelancers are great for bringing in a new creative flair that somebody within your business wouldn’t have tried.

Timing and taste are two things that you need to have at the forefront of your mind when releasing a marketing or PR campaign. This is something that an inexperienced team could end up finding out the hard way.

For example, in 2010, global oil brand BP was at fault for the largest marine oil spill EVER. An explosion of their drilling rig caused a massive 210 million gallons to spill into the surrounding ocean water.

Despite a huge amount of marine life being put at great risk during this spill, BP continued to roll-out press releases that downplayed the tragedy and deflected all the blame away from them.

BP continued to not take any of the blame and even said that the spill was nothing compared to the amount of ocean water around it.

When the lives of others and marine animals are at stake, you need an experienced head who knows how to deal with sensitive situations. Not somebody who’s going to bring so much bad press to your brand and harm your reputation.

You can’t afford any marketing or PR blunders. And if you unfortunately do, make sure that you stand up and own up to your wrongdoings, unlike BP.

Focusing on the Wrong Issue

Marketing campaigns are all based on the foundations of an issue for your target market.

So, if you fail to realise and address the correct issue, the likelihood is that your campaign will be targeted incorrectly and will be a complete failure.

One of the main ways that marketing campaigns fail is that they tend to mis-address the pain points of the persona. You’re straight away off on the wrong foot with the reader and won’t engage them how you envisaged.

Without a challenge identified, it may mean that your campaign has fallen upon “deaf ears.”

This isn’t a good start as it may mean that the business is experiencing little or no traffic at all. Low traffic means low rates of conversion, which again isn’t a favourable position for the business to be in.

The solution to this one is simple. Research. That’s it. 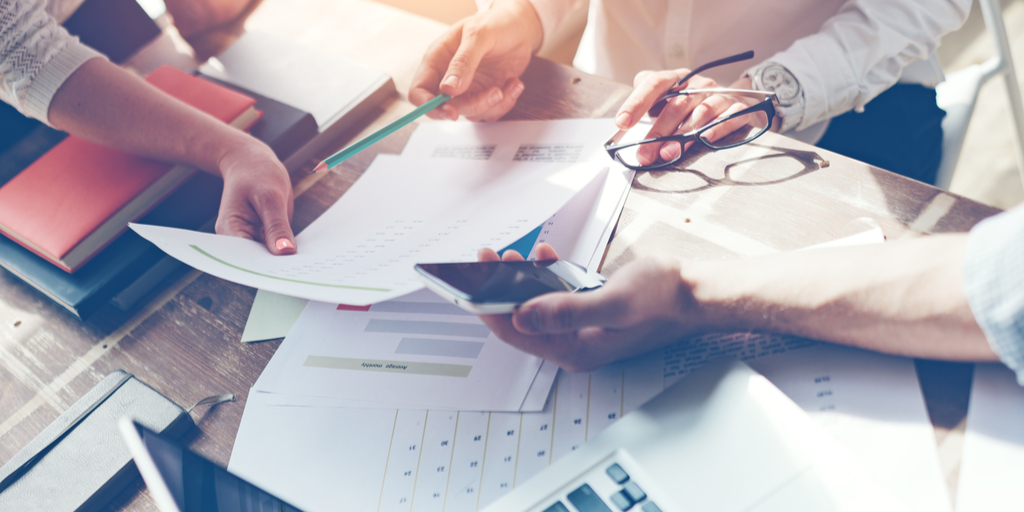 To make sure that your marketing campaign is as successful as possible, you need to be able to understand your buyer’s actual problems and pain points.

You definitely shouldn’t be relying on guesswork – that’s just taking a shot in the dark.

Buyer personas are a great way to ensure your marketing campaigns are targeted correctly at the right issues and audiences.

They’re a semi-fictional representation of your ideal customer. By analysing trends, behaviours and patterns you can create a marketing and sales strategy around your objectives.

Customer interviews, research papers and social media accounts are all great places to start your research. Then once you’ve got a general sense of their challenges, it’s time to start putting content together revolving around how they can overcome them.

If your team has already identified the correct problem, it may be that you’re just not doing enough research. Time to revert to the drawing board and be more thorough with buyer personas and how you’re going to approach your latest marketing campaign.

In 2015, IBM launched a campaign that focused on promoting female jobs in the science, technology, engineering and mathematics (STEM) industries.

The campaign was quickly discontinued for being sexist and offending millions of people.

The campaign led with the hashtag, ‘#hackahairdryer’ – with pinkwashed branding and little “empowering” female statements. 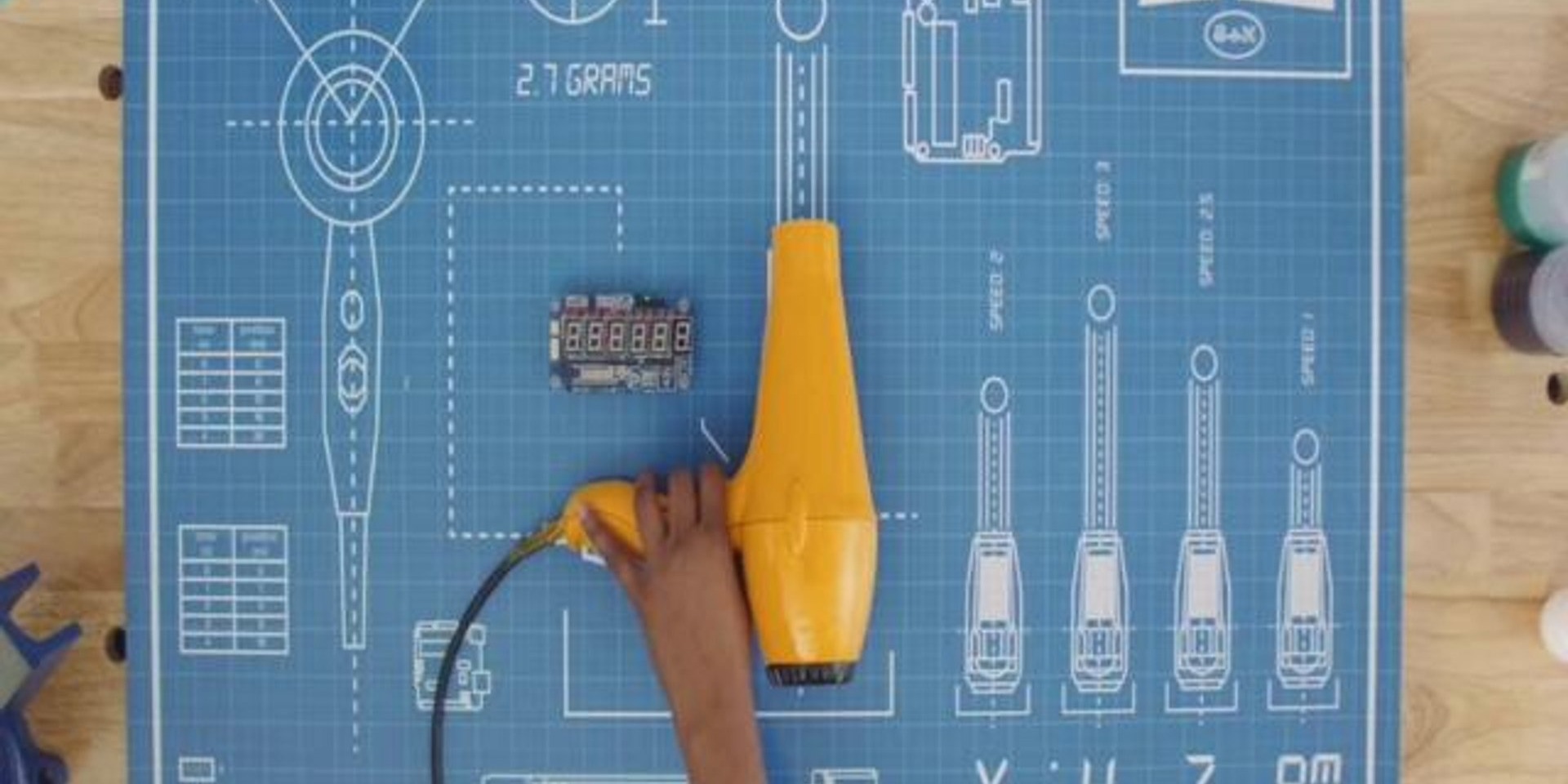 However, the brand was quickly slated for insinuating that if you want to get women into anything, you’ve got to make it about typical girl stuff and pink.

IBM was focusing on the attraction of girls through many incorrect stereotypes, whereas they should’ve just targeted them through the key subject areas – like they would any other marketing promotion.

Not Setting Any Goals or Objectives

How can you know whether your marketing campaign is on track or underperforming if you have no goals to align it with? You can’t.

If you haven’t got goals set then reporting to shareholders and potential investors becomes impossible. Your campaigns can’t be deemed a success unless they meet specific and relative goals.

You should always look to set SMART goals. These are: 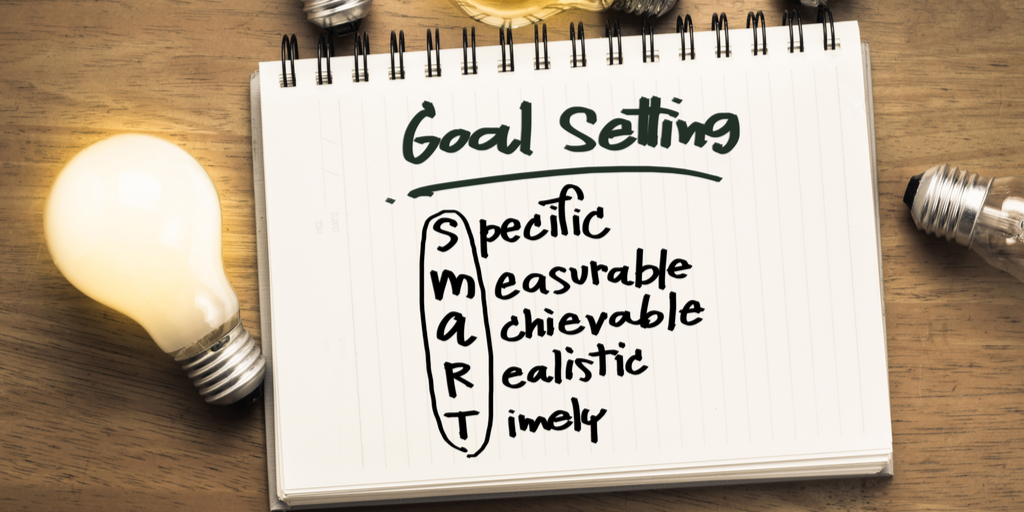 SMART goals are the most efficient way of setting goals. So, they must become a habit throughout your business.

Here’s an example of what a SMART goal looks like:

“I will source four new clients for my marketing agency business within three months by asking for referrals from current clients, launching a social media marketing campaign, and networking with local businesses and at various events. This will increase my overall revenue and put me in a better place to grow and expand my business.”

Here’s an example of a goal that’s not SMART:

By breaking it down into smaller chunks, it allows you to see how easily attainable the goal is and definitely isn’t as daunting a large overall goal. Set your goals and stick to them.

It’s vital to keep your overall goal in mind whenever you do something within our campaign. Otherwise, you can end up seriously harming your brand and your efforts will be wasted.

The wrong kind of leadership can have a huge impact on not just your upcoming marketing campaigns, but your team as a whole.

But what makes the wrong type of leader? Well, here are a few common characteristics of poor man-managers: 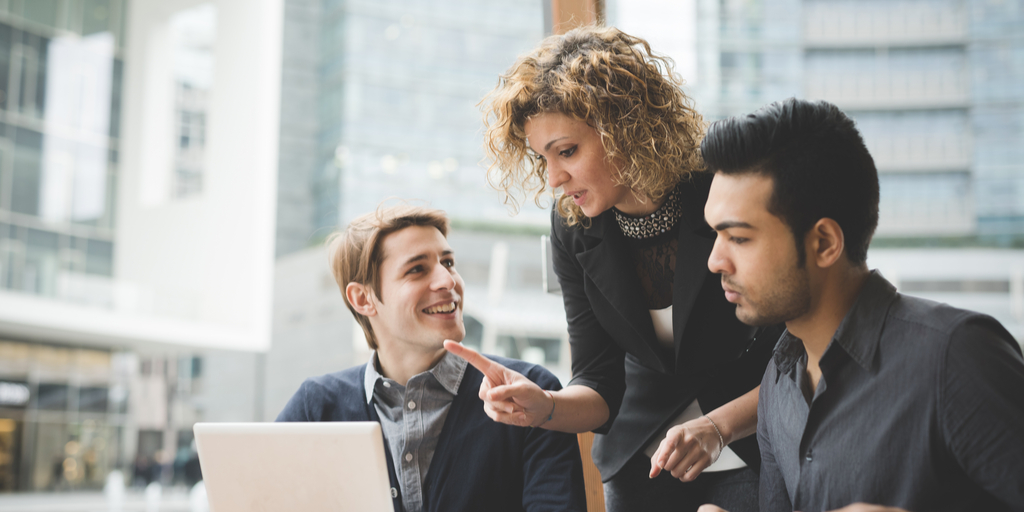 A simple solution to recruiting the right leaders for your marketing campaigns and senior positions is to think, would you like to work in a team led by them?

And if you have any doubts about them, they’re probably not right for the position.

After all, your marketing campaign is what drives all the traffic to the business. It’s a vitally important cog in your business machine.

So, would you put it in the hands of somebody who you have concerns about?

An example of a B2B marketing fail due to poor leadership is from Microsoft in 2016. They released a Twitter bot, named Tay, that was designed for users to be able to converse with at all times.

However, Twitter users thought otherwise. They relished the chance to jump on it and ruin things.

Within 24 hours, Tay had adopted the language of the people tweeting the bot, which included some very choice language, racist remarks and overall offensive content.

The bot was quickly taken down by Microsoft.

Although it wasn’t their fault directly that the introduction of Tay didn’t work, the leader of the campaign should’ve made sure that all potential pitfalls were considered before the release.

All bases should’ve been covered so that this couldn’t happen.

Marketing campaigns are vital for the expansion and growth of your business, so nailing them will put you in a great position.

Not sure about how you can improve them? Lucky for you, we’ve put together a free guide packed full of tips and helpful advice to get you started. Download it using the link below today. 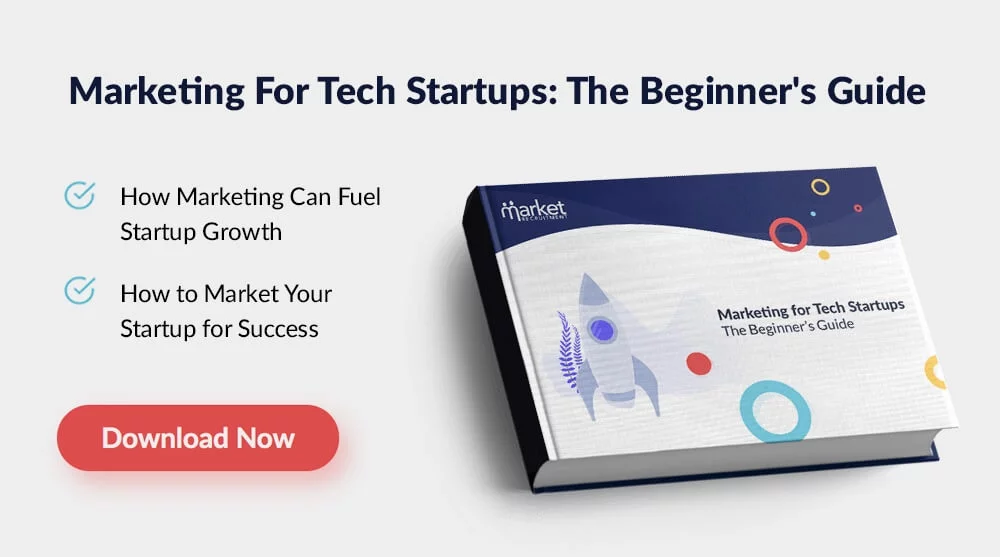 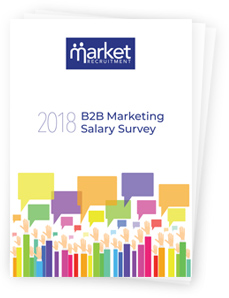